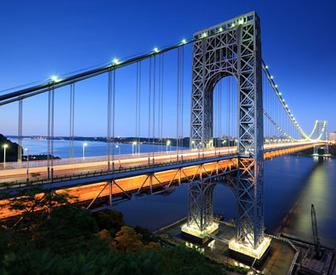 "Nor shall private property be taken for public use, without just compensation."

- 5th Amendment, United States Constitution
Using Arbitration Clauses in Employee Handbooks
For most businesses, controlling legal costs is a factor in good business planning. One way businesses today plan and control legal costs is by using arbitration. As recently reported in the New York Times, businesses have made use of arbitration for years with the insertion of arbitration clauses into their commercial contracts and by some, in their employee handbooks. In this way the costs of traditional litigation through the courts is replaced by a faster tracked schedule within a forum viewed as business friendly. Even so, businesses must be adept at drafting their arbitration clauses in a way where this advantage is not lost due to a poor attempt in advising an employee of the rights being waived. The recent New Jersey appellate case of Morgan v. Raymours Furniture Company, Inc. provides the most recent example of the court’s reluctance to uphold arbitration clauses which lack clear and unambiguous notice that the right to sue is being waived.
In Morgan, an employment dispute began between the parties after Morgan complained of age discrimination on the part of Raymours Furniture. Raymours responded to this allegation by demanding Morgan sign a stand-alone arbitration agreement or face termination. Morgan declined and was immediately terminated from employment. Morgan then sued with Raymours moving to compel arbitration based on purported arbitration language contained within the company’s employment handbook.
What was revealed was handbook language that attempted to disclaim the handbook constituted a contract while allowing Raymours to also require arbitration. This, the Court said, was akin to having your cake and eating it too; claiming on one hand that no contract exists through the handbook language, but on the other that if a contract does exist, an employee waived his right to sue and must pursue arbitration. As any waiver of the right to sue in New Jersey must be clear and unambiguous, the Court found the Raymours handbook did not meet this standard due to its duplicitous language.
Arbitration clauses used by businesses are invaluable devices in controlling litigation costs. The Morgan case again provides guidance to businesses that in order to employ such clauses businesses must insure they are clear, unambiguous, and fairly applied. Doing less subjects a business to the exact litigation costs they are attempting to avoid.
**Information contained on this website is not intended to be legal advice and does not establish an attorney-client relationship.  Please consult an attorney to discuss your personal situation.